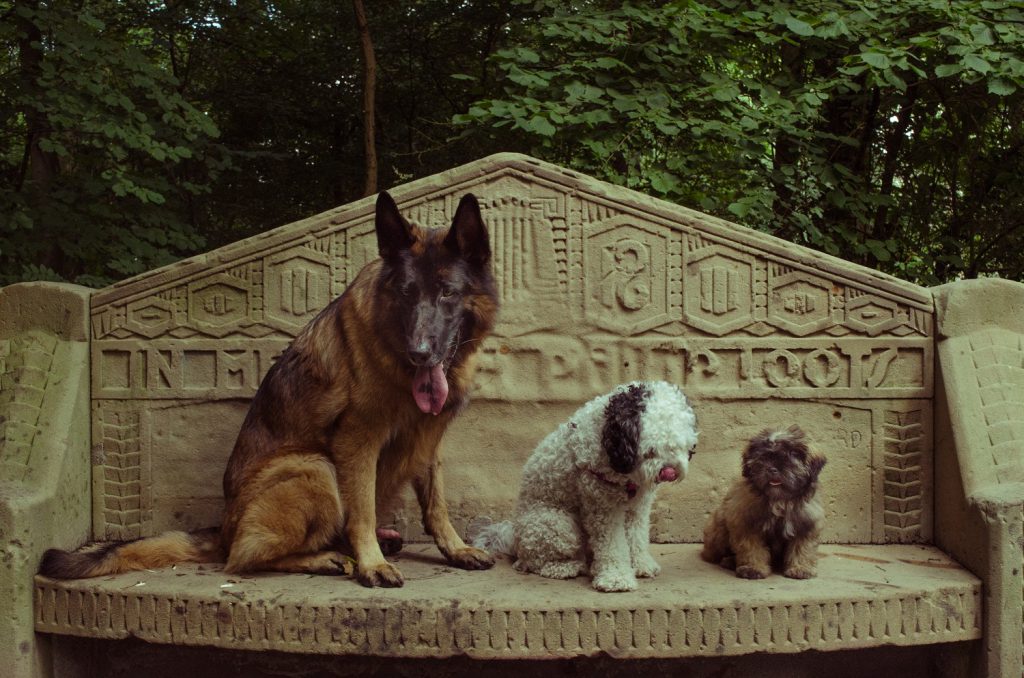 Do you remember that first time you let your dog off-leash? Were you nervous? Afraid they would run off and not come back? Perhaps you were worried about other fluffs reacting to your fur-baby in a negative way? There are all kinds of reasons dog owners decide to keep their four-pawed partners on a lead – from a previous bad experience to never fully developing the confidence to just do it. Personally, I feel a dog not allowed off-leash taints the whole experience of the walk. That’s why I worked so hard at training Nero the way I have.

It takes time to build that foundation of trust to let your pup roam free. You have to know that your dog has been socialised enough to judge a situation appropriately and to listen to your commands without the reminder or the security of the lead. Mastering basic obedience such as responding to name and recall is an absolute must when trusting without a lead. Usually, I would use a long-line to train a new pup but lucky for me I have two very able helpers that keep little Crunchie in check. I know I have trained Daisy and Nero to a high standard that will rub off on Crunchie. My trio walk wonderfully together and tend to make  a ‘follow the leader’ line with Nero (of course) leading the pack.

Crunchie has been totally obsessed with Nero since their first meeting and despite having to take a hundred tiny steps to keep up with his long strides, she constantly follows behind in his shadow. Upon initially introducing Nero to Crunchie, I kept the gentle leader on in case of any mishaps. It turned out that it wasn’t needed. I had never introduced him to a puppy and wanted to be sure there would be no confrontation if he disagreed with her puppy behaviour. Despite Crunch stealing Nero’s cocktail sausage that my Mum gave him (from right under his nose) and him letting out a low warning growl but not acting upon it, they have bonded perfectly. I made sure that Nero was able to sniff her and vice versa just as I did when introducing Daisy. Remember, when it comes to my BFG, a butt sniff a day keeps the aggression at bay. I begin every training or walking session like this and it has truly worked wonders for Nero’s rehabilitation. 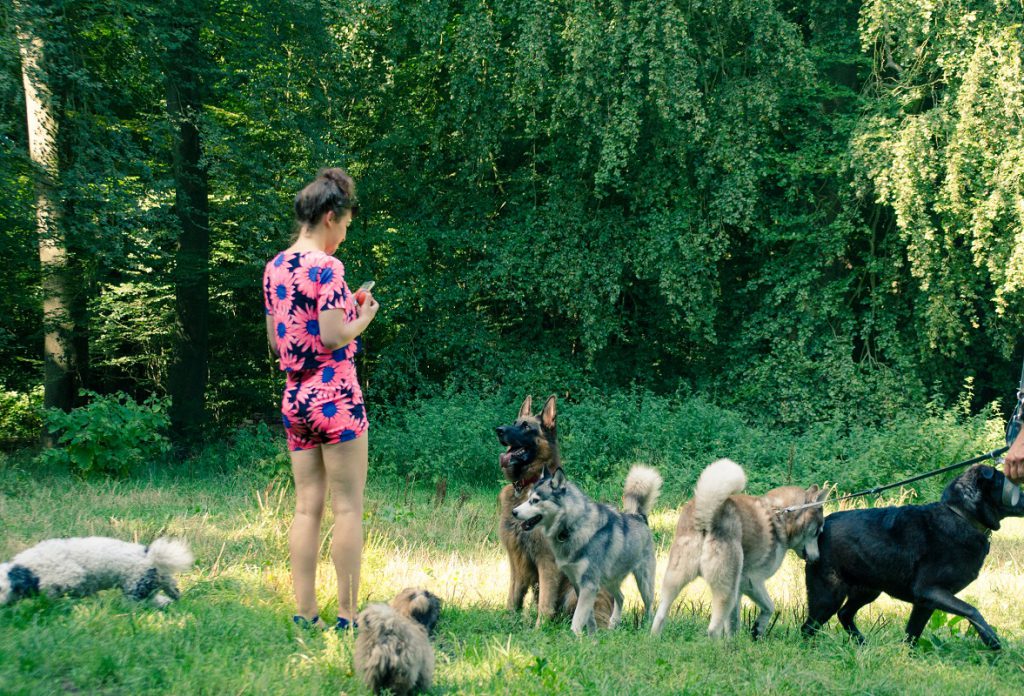 When out on our walks, if Nero is sat still, Crunchie will sit next to him whilst simply staring up at him in amazement with those innocent puppy dog eyes. Nero doesn’t mind her presence. If anything, he ignores her – until she runs off alone. Then it’s game on and the ground shakes underneath her as he gallops towards her to herd her back to the safety of the pack. Crunchie will sit and observe if Nero decides to dig in the dirt before jumping in the fresh hole. It’s comical to watch as she just disappears and then springs right back up like a rabbit! 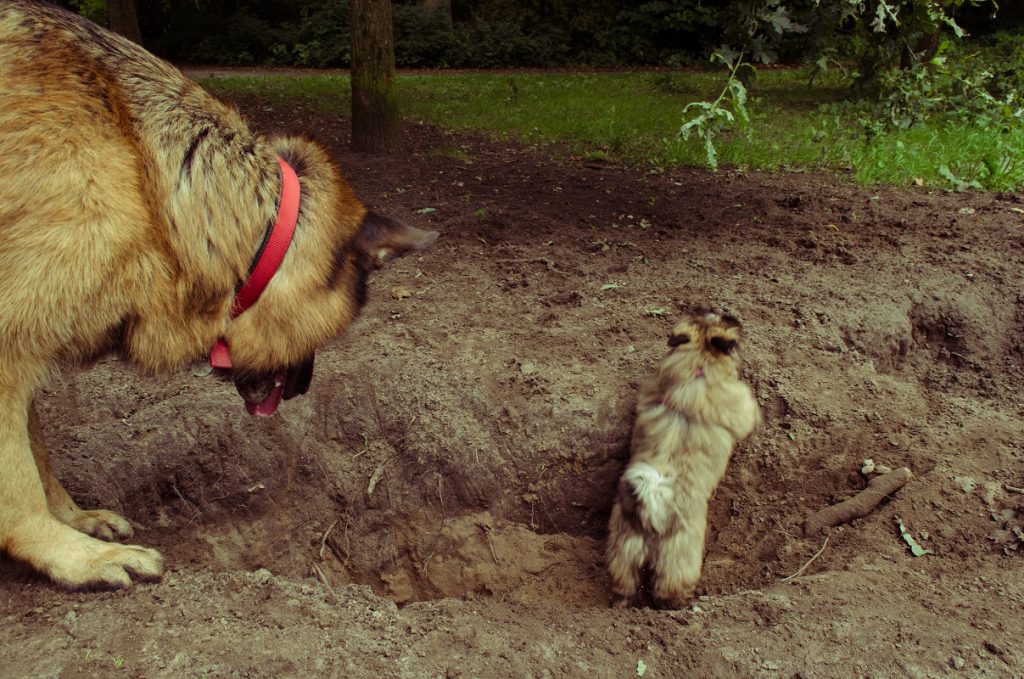 Daisy took the role of Mama very seriously. The first off-leash walk was way out of her comfort zone. Little Crunch being allowed to wander freely meant that Daisy was on her tail like 99 per cent of the time, guiding her in the direction that Daisy deemed acceptable. If she wondered off Daisy’s invisible path, Daisy would react by barking and practically flattening Crunch in her tracks.  It never ceases to amaze me just how much and how easily dogs can teach one another. My Snoopy doppelganger is much more relaxed now with Crunchie’s new freedom. They rough and tumble together as soon as those leads are removed and do so for about fifteen minutes until they are both dog tired. Then they continue about the walk, sniffing and exploring as they go. 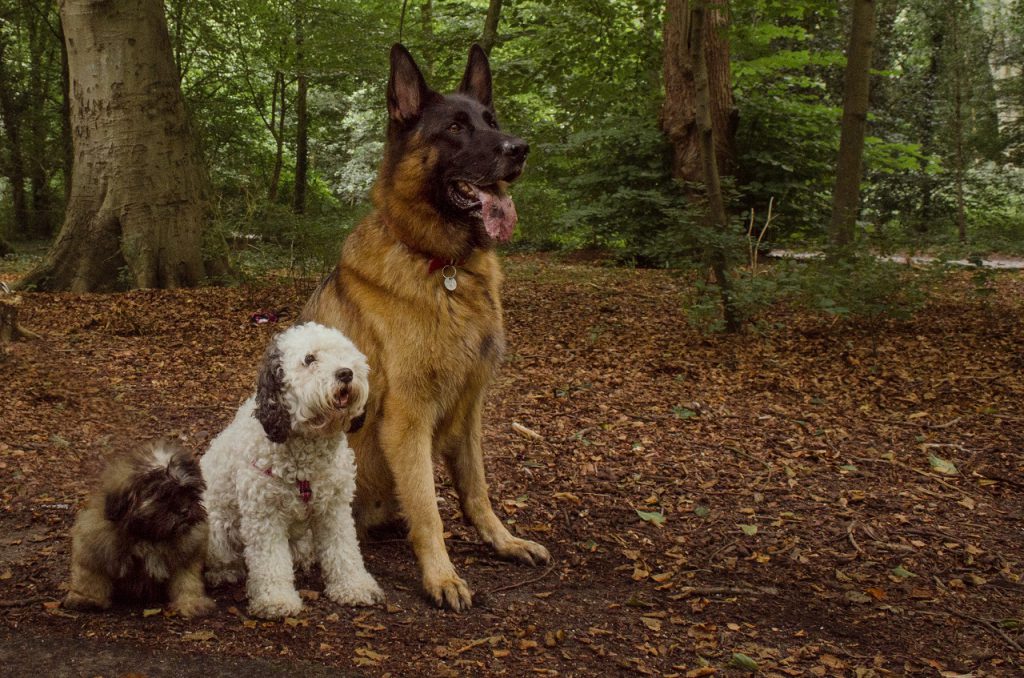 Building off-leash reliability requires consistency, so twice a week I have been taking my three dogateers  to the local woods and letting the older two teach Crunchie the mannerisms and ways of the leash-free walk. As I’ve mentioned in previous blog posts, my favourite dog walking place is located in Haarlem. It is woodland rich and perfectly secure away from the dangers of cars and the city. There is an endless supply of other social canines and happy owners. Creating positive experiences with other dogs is imperative to a puppies learning or an aggressive dogs re-conditioning. Crunchie has met dogs from Chihuahuas to Huskies and despite being trodden on a couple of times by the larger breeds, loves to wiggle her booty and make new friends. 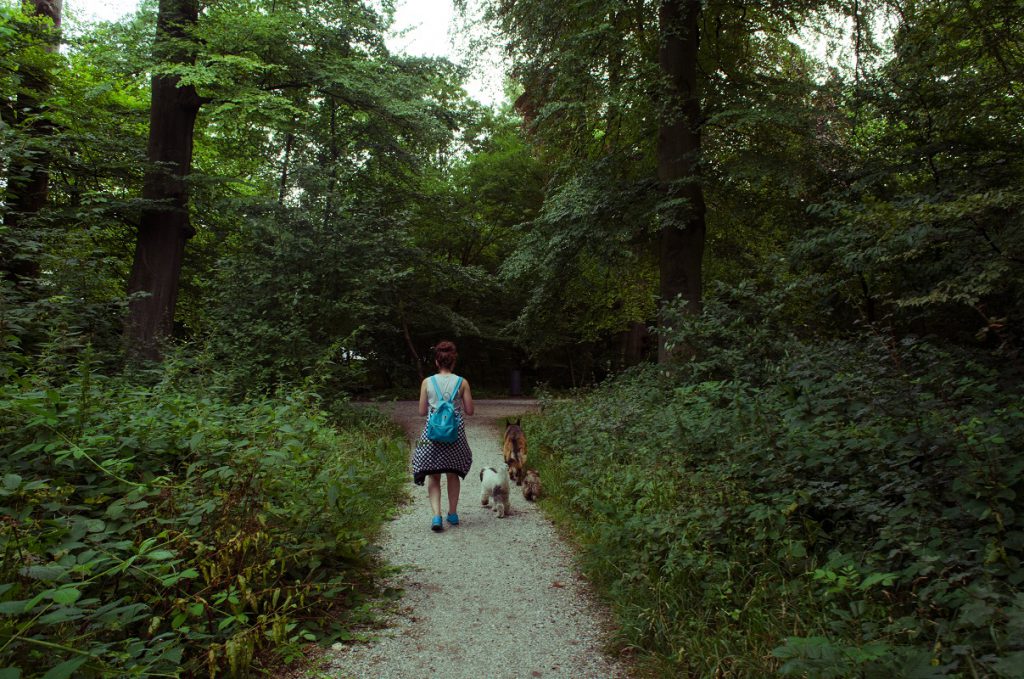